Along with the VT Block Diagram (November 24th entry), Geoff also sent me another document concerning the’infamous’ erasure of Handel’s Messiah around the same time. Apparently the department thought that it had been electronically edited (producing a /ED), and that these were the masters. But it had been cut edited by Roger White and, although edited, they were all that there was. 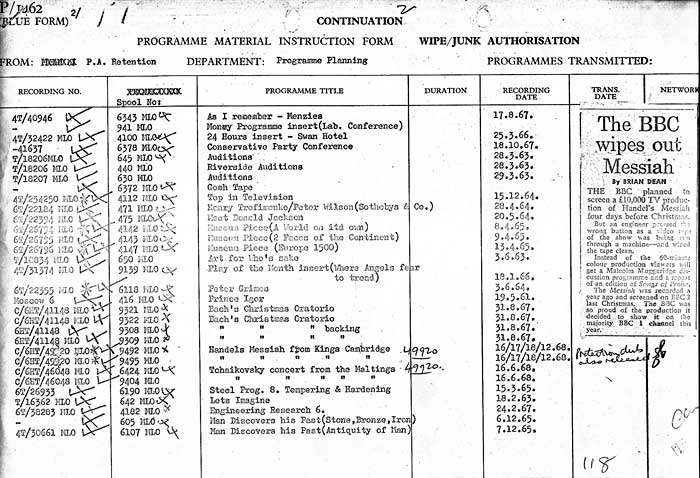 To read the newspaper clipping with greater ease, here is an enlargement. 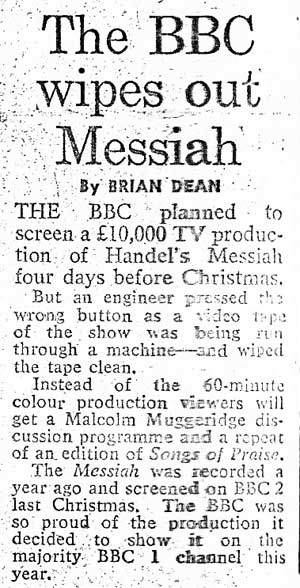 Pete Christy has just sent me his copy of this ‘document’ from the 1970s, which prompted Geoff Higgs to rescan the original – below.

While we’re at it, here is a little Christmas Quiz for you all to ponder over, supplied by Geoff Taylor:- 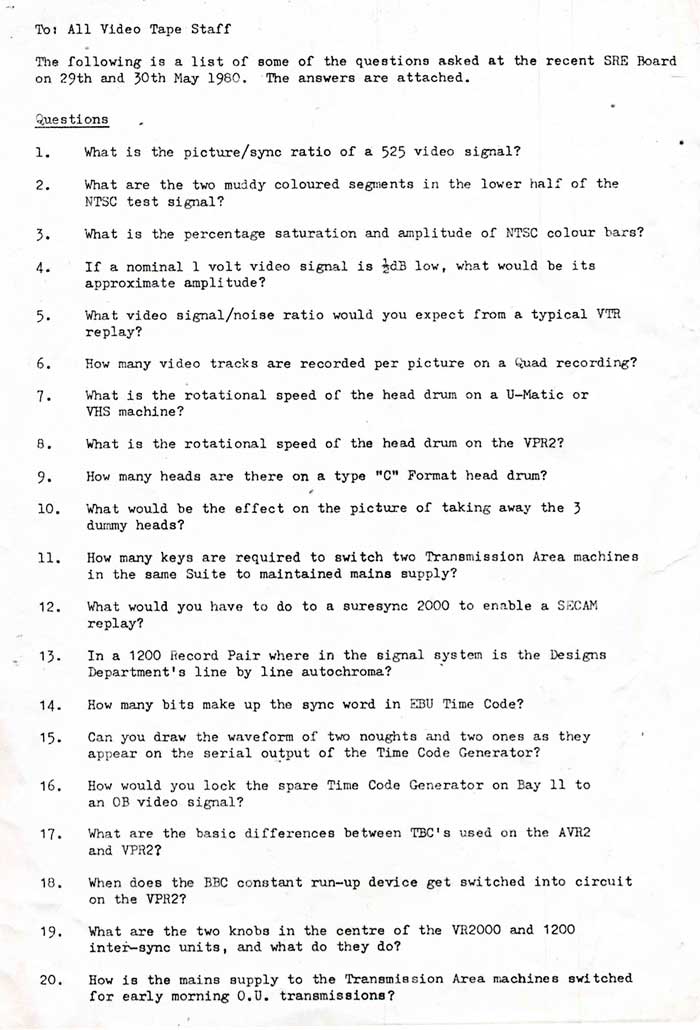 and the answers were:-