The VT Oldboys & Girls Lunch at Wraysbury on Thursday March 19th has been cancelled due to the Coronavirus outbreak. There could well be problems with the Summer Lunch at Pyrford which is now on hold.

Sad news from his daughter Ala,

Bob died quite suddenly on Saturday 4th May. I’d like to let people know, in particular Clive McArthy, Nick Maingay and some others.

Funeral funeral arrangements to be announced.

This sad news from Leo Hutchings

As you may have been aware, my father, Paul Hutchings, had been fighting cancer of the mouth for the last couple of years and sadly lost his battle on the morning of 5th February.

The funeral service, to which all are welcome, will take place at South West Middlesex (Hanworth) Crematorium, on Monday 4th March at 12.20pm.

For those who can make it, the wake will be held at the Cabbage Patch Pub in Twickenham after the service.  If you will be looking to attend the wake, it would be helpful if you could let me know so that I can confirm the finer details with the venue.

I have arranged two floral tributes, if anyone else would like to add to that I would ask that they be delivered to the address below before 10.20am on the morning of the service.

Any charitable donations that people would like to make are to be shared between Clarendon School and MacMillan Cancer Care.  Donations can be made on the day of the service or via the donations page on the Lodge Brothers website, www.lodgebros.co.uk.  My father’s details should be available on there from 19th February onwards.

If you think that anyone whose email address my father didn’t have should be notified or would like to attend, please feel free to pass these details on.  Please also feel free to ask me if there’s anyone in particular you think I should try to contact who I might not have done already, albeit that I might not be able to reply immediately.

Howard & I wrote a letter!

Following the dismantling of the Ampex sign (post below), Howard and I wrote a letter to the San Mateo Daily Journal which was published today.

As it seems to be difficult to access (unless you are registered) I have grabbed a screenshot:- 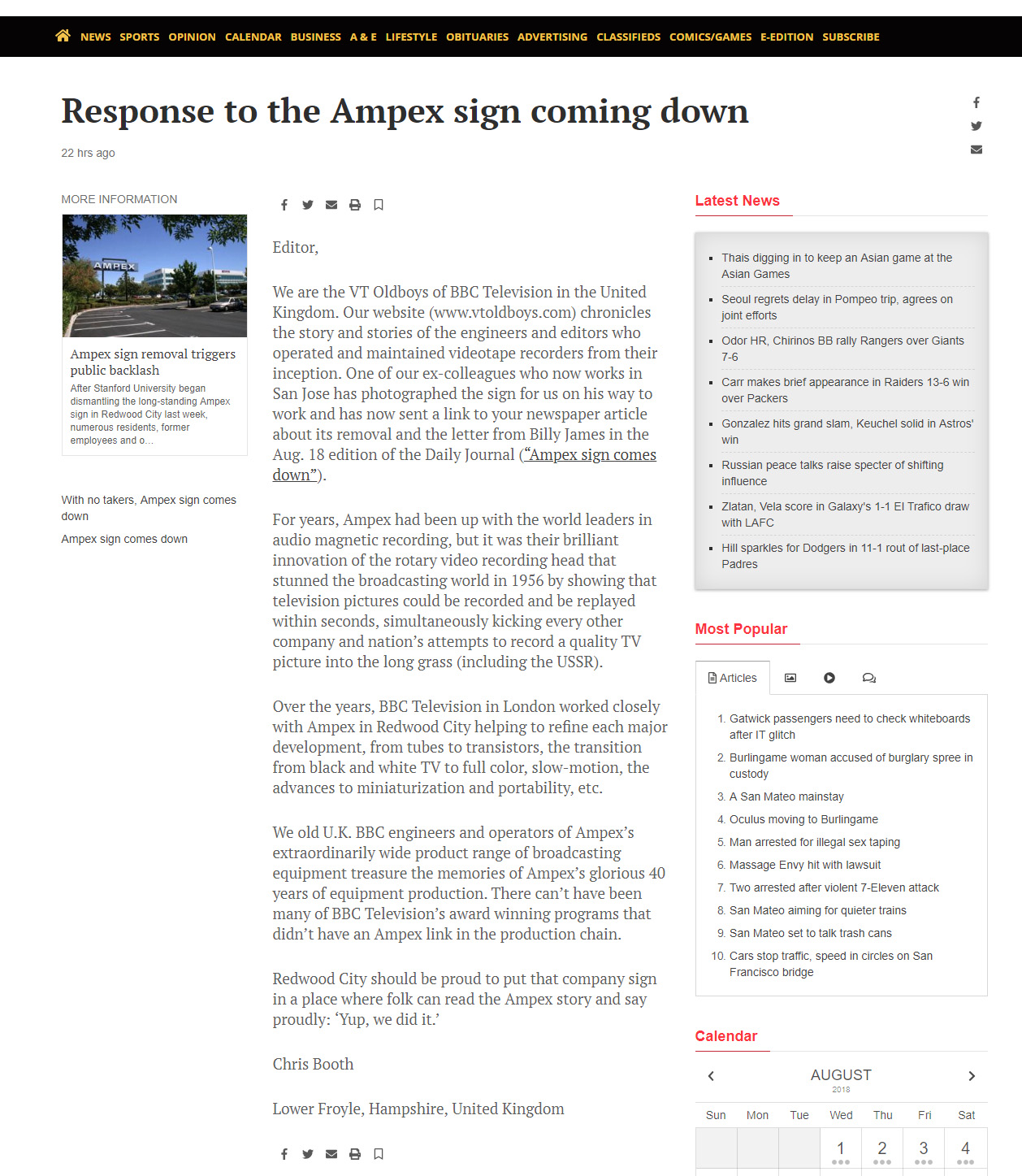 This from Keith Graham in California:-