Many thanks to Andy Best (now living in the Orkneys) who sent this picture of these elusive machines when they were installed in Plymouth. 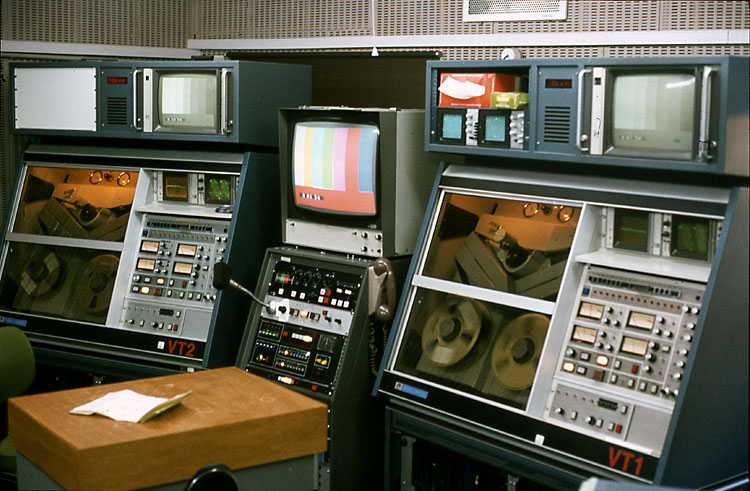 It was taken in 1981/2 – the machines were, Andy thinks, controlled by Editrace.

I have just heard of the death, on Boxing Day of Ken Riddington, the former drama producer at the BBC. He had been ill for a number of years.
Funeral is at West Norwood Crematorium at 1145 on Monday 12th January.
His many Credits include: To Serve Them All My Days, Tenko and A Year In Provence.
1 Comment