Many of you will be aware that Nial had a severe stroke at the end of February this year.

Well, Nial is now out of hospital and recuperating at home with Sarah and the boys. He’s doing well but he’s going to need regular sessions of Physiotherapy to help with walking and to improve the use of his right arm and hand which were badly affected by the stroke. He’ll also need regular therapy to help get his speech back.
The NHS are able to provide a weekly session each of speech therapy, physiotherapy and occupational therapy for 12 weeks. This is as much as their resources will allow and will be very helpful, but they say this isn’t as intensive as they would ideally like to offer. Sarah and Nial have taken advice that ideally they should be looking to arrange 3 specialist physio sessions a week plus exercises and practice outside sessions, and daily speech therapy backed up with daily practice and computer software. So Sarah has booked an additional 2 physio sessions and 3 speech therapy sessions with private therapists to bolster up the service offered by the NHS, and to continue after the NHS input ends. This is common practice, the NHS staff and private therapists are all used to working together.
To give an idea of timescale, Nial’s consultant has said his potential to recover function in his arm and leg could be largely realised over the next 3 years; his potential to improve his speech will be realised over approximately 10 years. The private therapists are very aware of the expense and the need to ration Sarah and Nial’s funds over time, and they will look at varying their input as needed. The physio is Richard Sealy at The Rehabilitation Practice, and the Speech therapist is Joanna Armstrong, now a private speech and language therapist who has worked at Kingston hospital for the last seven years in the stroke unit.

Many friends have expressed an interest in making a financial contribution to aid Nial’s recovery, and, whilst this is something that Sarah and Nial have not asked for, they have said that any contributions would be used to help pay for the extra sessions mentioned above, and would be very much appreciated. The hourly rates for this kind of therapy are around £120 for an hour of specialist neuro physiotherapy, and £75 per hour of speech therapy.

All donations would be treated in the strictest of confidence. It’s totally understood that these are hard times financially and nobody should feel any pressure to contribute. But whether it were a one off gift, or maybe a smaller amount paid monthly by standing order, anything would help enormously and make a difference to Nial’s recovery.
It’s equally important to spread these details far and wide, so if you know anyone who knows or has worked with Nial who might want to help, please pass this on.

If you would wish to help financially in any way, email me, Chris Booth, and I will send you details of the account that has been specially set up for the purpose. (This way will keep the account details safe from the idiots who regularly try to spam these pages!)

We’ve been advised to make it clear exactly how any money gifted would be spent. In the first instance money would be specifically used to buy sessions of physio and speech therapy for Nial. In the event of any excess money being raised for any reason, this would be donated to either a local Neurological charity called INS (http://www.ins.org.uk/) or the Stroke Association.

I’ve just had an inquiry from Steve Burgess, used to be in Studio Engineering, who has just acquired an Ampex Mk XX head assembly (AVR1, ACR25).

He wonders if anyone out there has a Mk XX test stand or access to a set of AVR1 or ACR25 manuals?

Anyone who can help/suggest a contact, drop me an email and I will pass it on to Steve.

Happy Anniversary to the surviving members of the Class of ’63 who left the building 20 years ago today.

Tony Scott is researching the history of this auspicious venue – any pix or thoughts to:-

Yesterday’s Oldboys lunch was at a new venue, “The Black Horse” at Chorleywood Common. Chose by Howard Dell after a strenuous time spent trying different pubs in the area it proved to be a very good choice indeed. Pictures of the event are now in Past Events, Current Lunch. 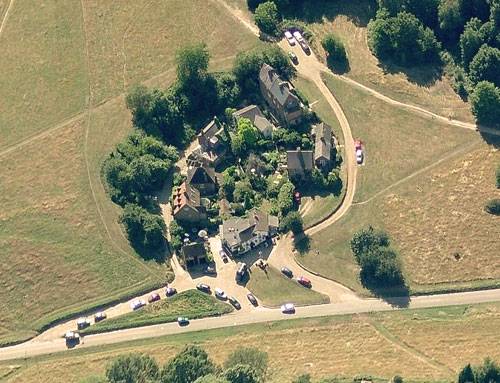 The food was excellent and the portions so generous virtually everyone had the ‘small’ version! It was good to welcome Nick Pitt and Ian Howlett as well as Bernard Trim who will be unknown to many of you. His connection with VT machines was connected with their use as data recorders …… a subject still subject to the OSA!

It is with great sadness that I have to tell you my great pal Terry Watson passed away on Wednesday 13th February. He lost a battle with cancer having only been diagnosed with it towards the end of last year. As you probably know, after he retired from the BBC he moved to the Cotswolds with his wife Anne and it is with her that our thoughts are now.

From Neil Pittaway this morning:-

Elizabeth, Bob’s sister has let us know that Bob died peacefully in the early hours.

He had recently moved to a nursing home in Bristol close to his sister and Jeremy (Brown) and Jeff (Baker) have visited in the last few days.

A Happy New Year to everybody – rather a significant year for the “Class of 63” as it will be 50 years since we joined (September 9th) and 20 years since we left (March 31st) – where did the time go?

A couple of pictures to start off 2013. The first is of a place you may recall – the Effects Workshop, with Robin Lobb (we believe) in the background. 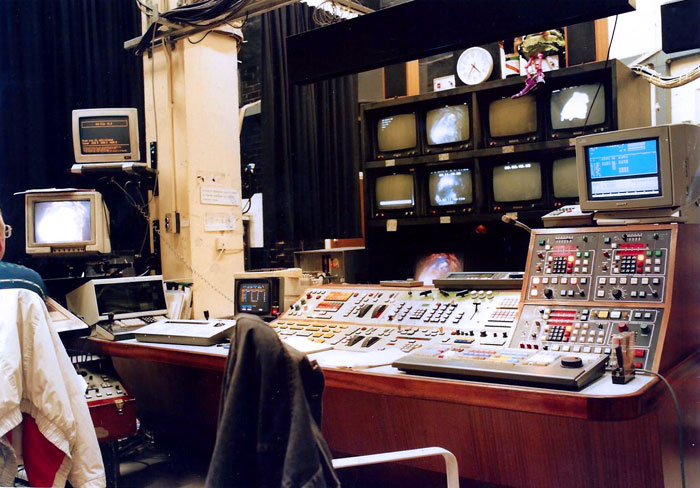 And, a hang-over from last Autumn, taken on our way back from Telford – who nicked the gates to Wood Norton?

Last night was the final “Children in Need” transmission from Television Centre. Ten days earlier, Andy Barker marked the end of TV Centre by playing “The Last Post” on an old bugle. Here is a link to the Youtube version. 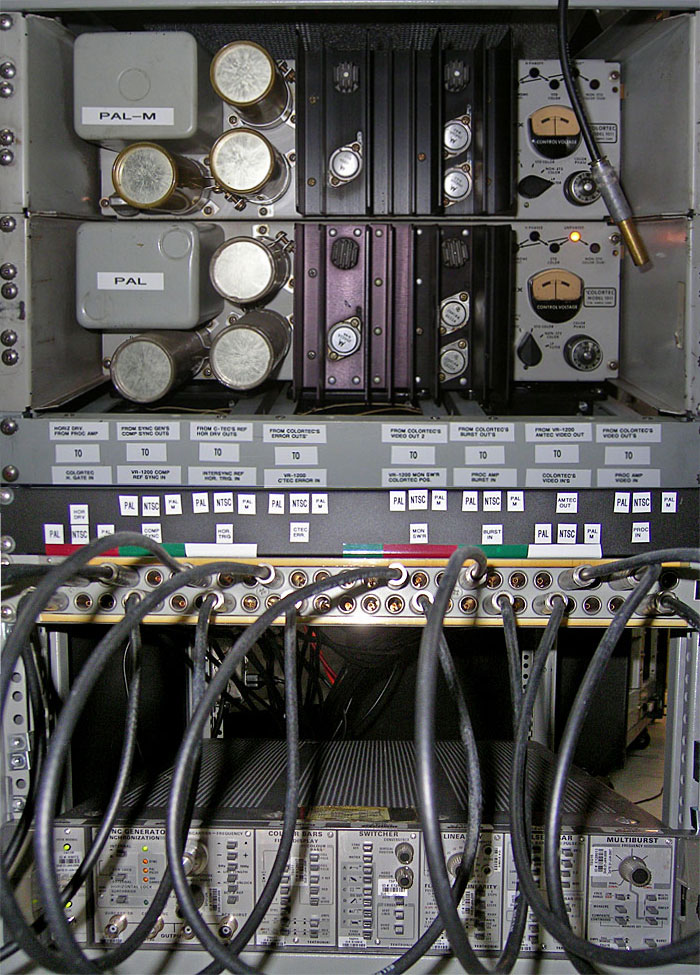 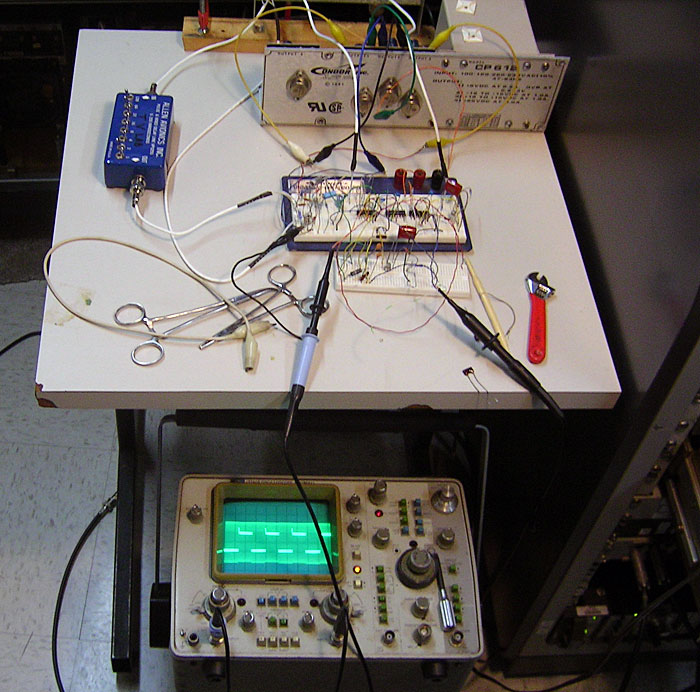