Job at the BFI

Chris Davies is retiring in a month and I’m hoping to attract someone with a broad operational and technical knowledge of Video, Audio and Digits who will report to me.

Follow this link to the advert on the BFI”s web site. (Ignore closing date) 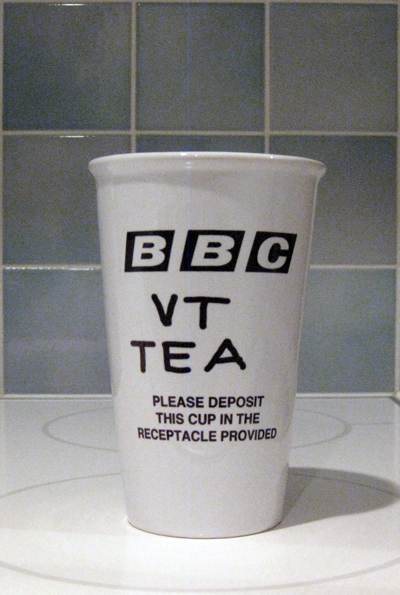 Ian Williams sent in a photograph of his DE Course from September 1973, but couldn’t remember the number of the course. That mystery has now been solved by Bob James – it was DE36 – and Bob should know, he was sitting in the front row!

Ian Norman sent me a video of a live transmission from VT on Saturday, March 14th 1981. He was the cameraman for Swap Shop (Ikegami HL79) – you can find the full version in The 1980s under Swap Shop and in Programmes under VT on TV. 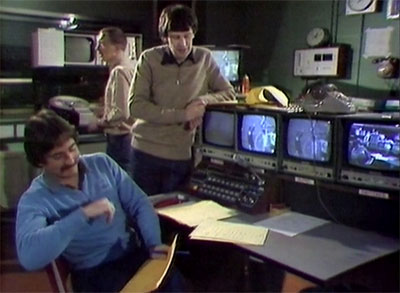 Two instantly recognisable faces in the still above, Murray Needham & Mick Goodenough, but take a look at the still below. 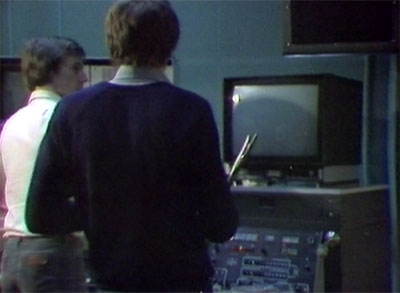 The first still is of the hexaplexer desk, with Al Goddard driving VT10, but who is the editor on VT9 (updating Grandstand titles) and who is the Sports PA? 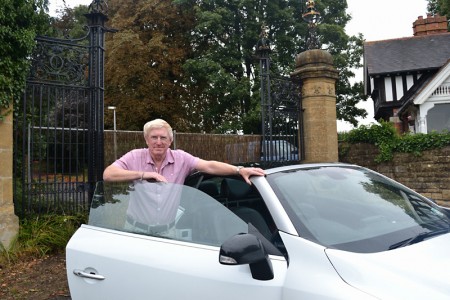 Dave Rixon has sent me the final details of John’s funeral:-

I have now heard from John’s sister Kay (via Chris Tandy)  and the funeral will take place next Thursday September 12th in the Milton Room of the Chilterns Crematorium, Amersham from 15.15. http://www.chilternscrematorium.co.uk

then afterwards at Missenden Abbey http://missendenabbey.co.uk/about-us/directions/

They have requested no flowers, but donations to the Thames Valley and Chiltern Air Ambulance http://www.tvacaa.org

I have heard this afternoon from a tennis mate of his that the Cremation will be on Thursday, September 12th. As I write I don’t have details of the location, but I will update as soon as I do.

Update at 19:00 Thursday. Location is the Chilterns Crematorium and the time will be 15:15.

Al Dixon has just come over (he is editing Holby) and said that Pat Paroussi has rung him to say that John has collapsed and died on a tennis court. They tried to revive him but were unsuccessful.

All a bit of a shock really I thought he played regularly.

I will pass on further information as I receive it.

Hi – I’ve been meaning to write an update for Nial for ages – sorry I’ve been a bit rubbish at that but in my defence I have never in my life been so busy! So Nial is doing really well – he’s improved in all ways since he got out of hospital. I won’t say it’s not been very tough, but I’ve got great faith in the wee man – as we all know he has the motivation and necessary obsessive streak to play the very long game that we have to play. The nice weather’s helped a bit too! He’s got a fairly gruelling routine – not quite as many therapy sessions as Penny thought, but something most days and masses of practice with me in between. Loads of really dull repetitive exercises to try to teach the right brain to make contact with his right side, and to stretch out all the damage that can take place in the muscles after a stroke. I’ve never before appreciated the skill of a physio, but it really is an amazing thing. He also has to submit himself to a hour a day of mild electrocution to his arm and hand – again to try to get the muscles and brain to speak to each other, and the physio is going to try out this kind of mechanical glove on him, which artificially gives you some movement so again you can do an exercise over and over and try to make contact with the right brain that way. Speech therapy is the same – tons of repetition every day. You may now have all dropped off – this is the limit of my conversation these days! Nial’s working really hard at keeping himself positive – I hope he will be able to keep that going for as long as it will take, but we do still have a laugh. We are both so grateful to everyone who has rallied round for us, and to everyone who has donated to the therapy fund – I just can’t believe how generous and caring you all are. He will get better because of you all – simple as that…..xxx