Apologies for not updating the website for a while, but other events have got in the way over the past weeks. This is just a little note to remind everyone that the next Oldboys & Girls Lunch will be at “The Cricketers”, Guildford, on Thursday 20th June at 12:00 for 12:30.

It must be nearly 20 years ago that we first visited Guildford (Ed & Ieuan will hopefully confirm that!) – an awful lot of water …. and beer….and wine has flowed under the bridge since then. If you haven’t been before, do come along and meet up with old friends. (But, please let me know if you are coming by Monday 17th!)

Tim Atkinson wonders if anyone out there can recall the origin of this Anglia TV publication and where he could get a copy? 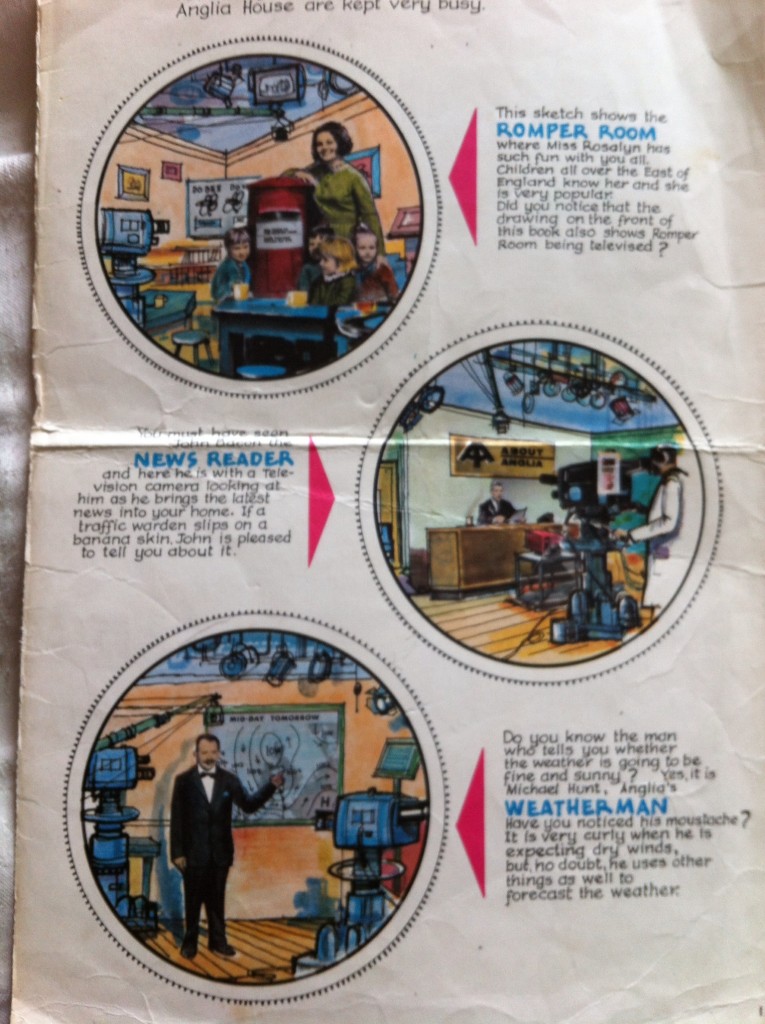 John Sedgwick informs us that Mike passed away on Monday (July 23rd) after a short period in hospital, he had been receiving treatment for cancer for several years.

Following Ray Johnson’s funeral today, I have now added his Obituary to  Recollections. An edited version (for duration) should hopefully appear in the March edition of Prospero.

Dave Devlin was watching the “Two Ronnies, the studio recordings” just before Christmas and spotted some shots of VT and TK in the titles. The material was shot around the late 70s, and I have grabbed a few stills. An edited version of the title sequence can be found in VT on TV just below the Dudley Moore and Peter Cook titles. Can anyone out there remember being part of the show? 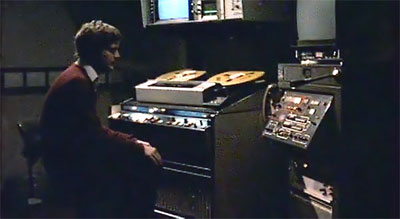 Or, this VT engineer? 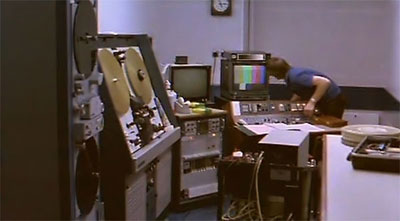 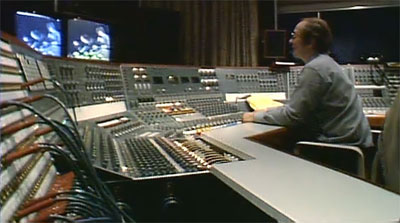 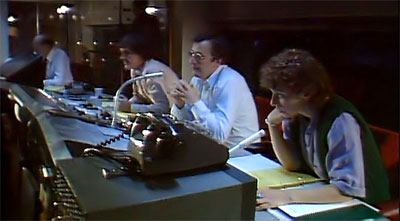 Were you the TK operator?

Anyone recognise the Sound Supervisor?

And, finally, any familiar faces in the gallery?

Along with the DVD of the programme, Dave sent this C Course exam paper he sat in June 1970 – apologies for the missing corner, but it is over 40 years old!!! 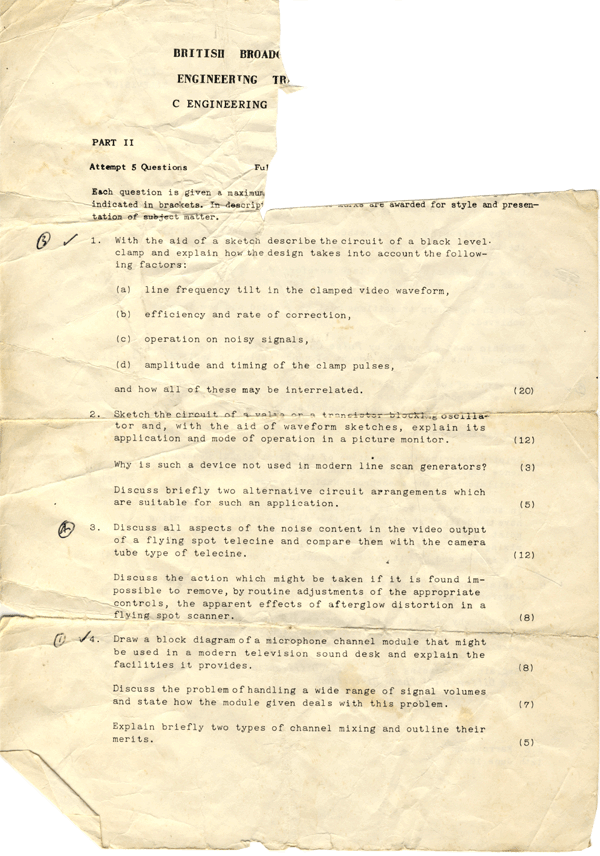 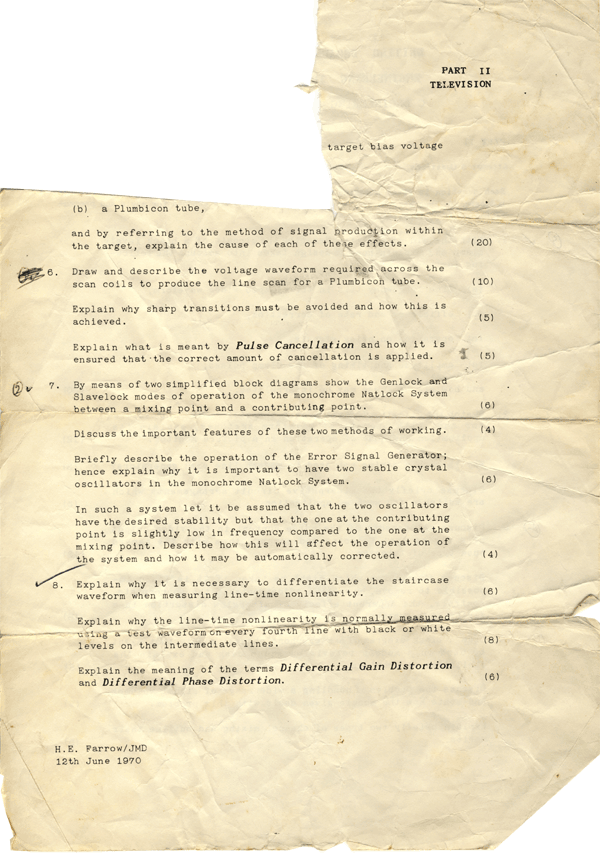 Gary Critcher has just sent me this picture of ….. Tape Servicing. Although for many of us this bears no relationship to our experience of Tape Servicing in the early days, it has prompted me to add a new section explaining the development of servicing tape which will most likely appear shortly as on offshoot of Hardware. The photo, featuring Gary and a load of kit(!) was taken in the Tape Servicing area in the Basement next door to VT Despatch. Gary reckons the date is around 1985.
As my experience of servicing was twenty years earlier(!) any additional information and pictures from over the years would be greatly appreciated – especially any technical notes about the machinery used, and locations for the area. 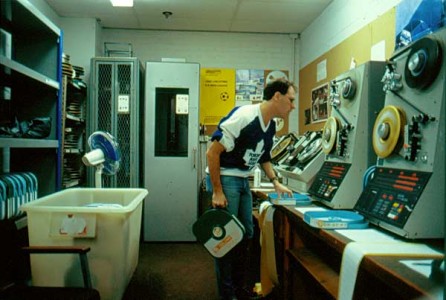 Information about Roger Harvey’s funeral has just come in from John Llewellyn.

“Roger’s funeral is on Friday 15th October, 09.40 at Kingston Crematorium. At the moment the plans are family only; no flowers. This might change. Cause of death was heart-failure. Please pass this information on and I will send further e-mails if I hear of any developments.”

John has a fairly vast distribution list and we will try and keep you up to date here as well.

“I was never one for keeping a detailed diary, but often jotted down the highlights of GMcDonough’s message from the day before, as relayed on audio cassette. For what it’s worth, on 31 October 1978, I find the entry “Editor:KP”. So the money’s on Ken Pimenta getting the job, unless someone knows better!” 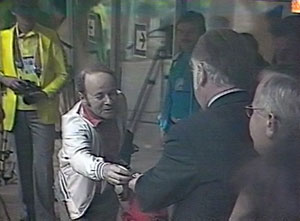 I’ve just added Bob Abraham’s Obituary to the website. A sad item to read, as are all obituaries, but it does bring back memories of the Moscow Olympics in 1980. The security was very tight – VT had a mini rebellion over cameras (film) being x-rayed every time we entered or left a building, but Bob spent the entire games with a photograph of a gorilla on his Olympic ID. The VT movie, “Carry on Cosmos” captured the moment when Bob gives the IOC President, Lord Killanin, with a BBC pin (left). 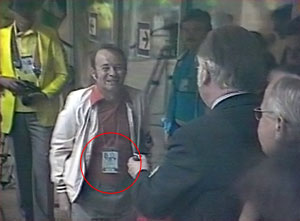 And, although the material has a chequered history, Ikegami > VPR20 > VPR2 > VHS > DVD you can just about see the gorilla in the circled area of the second picture on the right.! 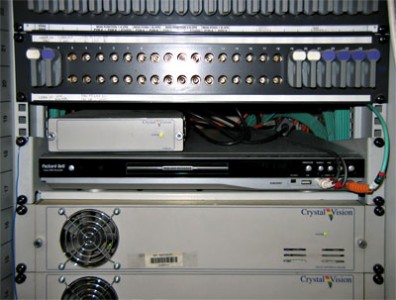 While doing a regular check of the Links page recently, I noticed that the Museum of Editing, Jack Calaway’s site, had disappeared. This was a fascinating site describing some of the ‘devices’ that were used in the early days of editing. As well as Datatron, CMX and Convergence (the ECS103 -“beep … VTRs not in sync” – unforgettable if you experienced it!) there is a fascinating page on the editing of “Rowan & Martin’s Laugh-in”. Thanks once more to the Internet Wayback Machine I have recovered 99% of it and restored the item on the Links page. Sadly Jack died eighteen months or so ago, and I have been trying to contact names of collaborators mentioned on the site, but to no avail. So, as a tribute to Jack Calaway who many of you may well have met, it is restored to its original state.