A sad day for the VT Oldboys with the death of Don Kershaw who many of us knew and respected all our working lives and into the days of retirement. Neil Pittaway has written an appreciation which you can find from the main menu pages. Rest in peace Don.

A major update with the first 50 (or so) of the course photos from the Wood Norton DVD. This has also meant a major rejig of the ETD section with separate sections for TA Course, C Courses etc. I have also removed the jump menus which became totally unmanageable. 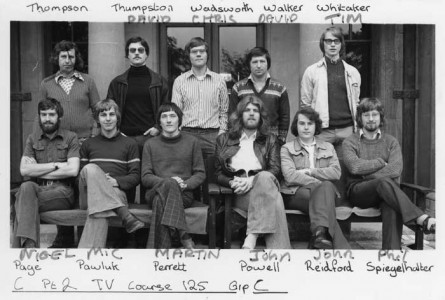 Finally the DVD from Wood Norton has arrived – thanks to John Paroussi and Royal Mail! Just to give a taster of the course photos, here is C Part 2 Course 125 Group C – no dates, but at least two familiar faces for VT Oldboys…………..

Over the next month, or so, the ETD section will therefore be expanding ……….. quite a bit!! 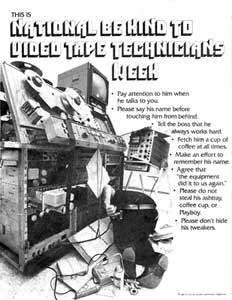 Having forgotten to wish VERA a Happy Anniversary on Monday 14th (the 50th Anniversary of the Panorama Transmission), I have since applied myself to catching up with the photos I have been recently sent, and trying to tidy up some of the errors that have come to light on various pages – I must thank Howard once more for his input here.

I have added a News section to the 1960s and more course photos to ETD.

Chris Dymond has sent me the picture here – it might well bring a few smiles and remind Shift 1 VT folk of Edgie’s “Detweak” tests…..! Click the poster for a bigger picture.

I have also added a new page to Programmes, VT on TV, featuring stills and an excerpt (1’53”) from a film made by Peter Bruce about Match of the Day. I must apologise about the quality as it come to me via a devious route. If anyone has a good quality version, please let me know.

Our document archive is increasing by the day. I’ve just added Dave Braithwaite’s notes on the HS-100 from 1968. Like all paperwork in those days, it was produced in foolscap format, so the ‘modern’ version doesn’t look quite the same, as the original wouldn’t fit fully in my scanner! These old instructions and memos do provide a valuable historical record of the developments in the department, but I will not be scanning the Intersync manual by the way.

I mentioned documents of interest a few days ago on this page and, today, I have added what is probably the definitive document on the art of videotape editing. It was written in May 1966 by Alan Watkins and marked the beginning of the departments editing service and the appointment of Engineers (Editing). It’s in Downloads and is entitled Principles & Practice of Video Tape Editing.

The Martin family(!), who organise the annual Christmas Lunch at Surbiton and other events for Radio, now have a dedicated website at www.40sand50sreunion.co.uk which has contact details and information on forthcoming events. Do pop over and have a look as their contribution to the continuing contact between ‘us oldies’ (and the newer retirees) is enormous. Do come to an event – you never know who you might meet!

We seem to be getting quite a few documents of interest. I have just added a pdf of a handout by Jeremy Brown on the AVR2 Time Base Corrector which is in the Downloads section. Also I have added a link (in Links) to a website that features vintage tape recorders including our much loved TR90. More documentation to follow in the next few days. 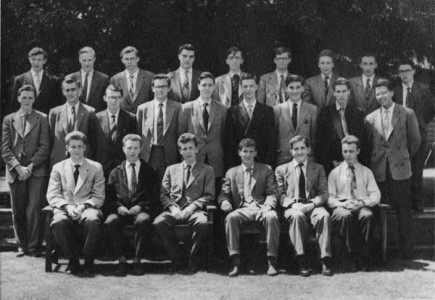